Smashed Review: AA is for Quitters

One of my friends once made a claim that there are no alcoholics in college.  That shit starts after you graduate.  I’m left to assume this is true, because if Smashed is about alcoholism then I’m pretty sure the entirety of Greek Row at my school could use a 12 step program. 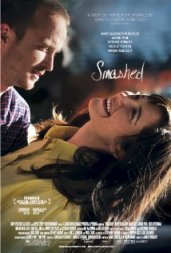 Huge Disappointment: Not One Character says “Yo Bitch”

In any case, neither Mary Elizabeth Winstead nor Aaron Paul have that excuse in this second addiction themed movie I’ve seen in as many weeks.  I’ll admit, the reason I checked this movie out was because I LOVE Breaking Bad, and I was curious to see how Paul would handle himself outside of the shadow of Jesse Pinkman.  To be fair, playing an addict in denial is nothing new to the actor, but I always enjoy seeing actors and actresses attempt to break through the glass ceiling of their star-making roles (It’s nearly as fun to watch the successes as it is the failures, I.e. most of the cast of Friends).  I’m happy to say that Mr. Paul is perfectly capable of existing without Walter White, but in the end it is Winstead who elevates this modest and rather unremarkable film with one of the best performances I’ve seen all year. 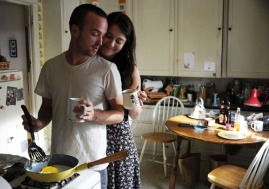 Bacon flavored coffee… You had me at Bacon

Kate (Winstead) does not exactly have her shit together.  She lives with her husband Charlie (Paul) in a state of alternating intoxication and massive hangovers, which is all well and good until a series of events (accepting a crack pipe form a stranger, vomiting in front of her students and lying to her Principal (Megan Mullally) about being pregnant to name a few) lead her to seek help.  Taken along to an Alcoholics Anonymous meeting by her ex-junkie Vice Principal Dave (Nick Offerman), Kate finds a leg to stand on with her sponsor Jenny (Octavia Spencer) and devotes herself to the pursuit of sobriety.  Unfortunately, as the old saying goes “You’re only as good as the company you keep”, and Charlie’s continued drinking along with her efforts to maintain the ruse of her pregnancy at work test the limits of her resolve. 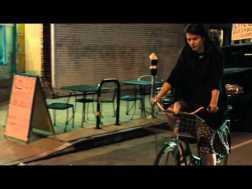 This is why motorists HATE cyclists

As I said above, Winstead is the pillar that supports the entire film.  Kate feels like a real person, and I admired how well the film did at balancing her humiliating inebriation with the self-respect she develops through her attempts to get clean.  Our culture has a tendency to romanticize drinking, whether we’re watching gorgeous women in vodka commercials or laughing at the hilarious antics of the Wolf Pack in The Hangover movies, but Smashed paints a very different picture of alcohol abuse.   The film’s portrayal doesn’t shy away from the “benefits” of drinking, most clearly shown in the fact that Kate and Charlie’s marriage seems to be strongest when they are both out of their minds, but it is even less afraid to show the other side of the coin, the side full of wetting the bed, stealing from convenience stores and waking up in public. I thought that the way the movie contrasted these two side of drinking made it understandable that Kate would want to drink, but even more understandable why she would want to stop.  If there’s one scene that perfectly captures this, it’s when Kate first opens up at the AA meeting. 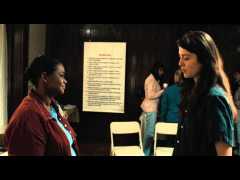 Who in their right mind would accept baked goods from Octavia Spencer?

As I said, Aaron Paul more than holds his own as Charlie  For the first half of the movie he’s very Jesse-ish in his dismissal of Kate’s attempts to get sober, but I thought that his response to her first relapse was a great change of heart to see in his character, and Paul did a great job of making that transition believable.  Other than him though, the main other standout I’d like to note was Octavia Spencer, who is difficult to separate from her role in The Help at times but nevertheless was a great comfort to watch as Kate’s rock in stormy seas.

“Dafuq did you just say?”

The only thing I’d really like to mention here is that I couldn’t help but feel a bit confused by several characters in the film, and none more so than Dave.  Having mentioned Breaking Bad, I also would like to mention that I am a huge fan of Parks and Recreation and love seeing Ron Swanson (Nich Offerman) in anything, but the writers took a very strange and off-putting turn with his character near the half-way point that felt as unnecessary as it was out of the blue.  Megan Mullally was perhaps a bit more understandable as Kate’s vicariously baby-crazed Principal, but I’ll admit after the amount of Children’s Hospital and Will & Grace I’ve watched over the years it’s very hard to take her seriously.

I will admit, I like to think of myself as someone who can appreciate subtlety in cinema, but I also judge films on their entertainment value.  Based on the latter, I would pick a movie like Skyfall over Smashed any day of the week simply because of how much more I enjoyed watching it.  That being said, there are a certain amount of performances every year that any critic shouldn’t miss, and in that way Winstead’s role here reached the same level for me as Anne Hathaway’s role in Rachel Getting Married, and I sincerely hope that Winstead gets the same Oscar nod for her work here as Hathaway received for that film.  Having just seen Flight a little over a week ago, I’m probably ready to give it a rest on the addiction-themed-cinema front for a while, but if Smashed is in a theater near you and you’re in the mood for a sobering (pun intended) movie going experience, I recommend giving this one a try.

I'm a student at the University of Washington Majoring Business. I've always loved movies and my goal is to work on the financial side of the film industry. Until then though, I figure I'll spare my friends from my opinions and shout them from a digital mountaintop for anyone who's interested. After all, if a tree falls in a forest and nobody blogs about it, does it really happen?
View all posts by r361n4 →
This entry was posted in Drama, Genre, New Releases, Reviews and tagged aaron paul, alcoholics anonymous, car scene, charlie, charlie hannah, dave davies, jesse pinkman, kate, kate and charlie, kate hannah, mary elizabeth winstead, megan mullally, nick offerman, octavia spencer, principal, ron swanson, smashed, smashed movie, smashed movie poster, sponsor, vice principal. Bookmark the permalink.

1 Response to Smashed Review: AA is for Quitters