Admission Review: One for the Waitlist

There is nothing more painful when it comes to movies than seeing someone you love in a movie you, well, don’t.   Think the entire cast of Movie 43, or 90% or Robert DeNiro’s movie choices over the past decade.  Seeing these stars we love take on these sort of thankless roles is like watching your best friend tell an incredibly racist joke at a dinner party.  You’ve known them for so long and you’ve had some great times together, but how the hell are you supposed to just nod your head and go along with it?  This is exactly what I was worried would happen when I first saw trailers for Admission.  If you were to ask me who I would choose if I could meet one person in Hollywood, that person would be Tina Fey.  Not only am I a huge fan of her work on SNL, 30 Rock, Mean Girls, Baby Mama and more, but her book Bossypants remains the only autobiography I have ever willingly read (if you haven’t checked it out, you can guess that I highly recommend it).  I have a tremendous respect for her work as an actress, a writer and a producer, and the thought of her stepping down to the sort of tame romantic comedies Admission seemed to represent was a sad thought indeed.  Fortunately, the movie isn’t in the league of your usual Katherine Heigl Cheese-fest.  Unfortunately, it’s still nowhere near the level of the kind of material that made me fall in love with Fey’s work from the beginning.  Admission succeeds far more as a character drama than a romantic comedy, but there is very little that sets it apart from the kind of fun-yet-emotional dramedies it is trying to be.

A Princeton admissions officer who is up for a major promotion takes a professional risk after she meets a college-bound alternative school kid who just might be the son she gave up years ago in a secret adoption. 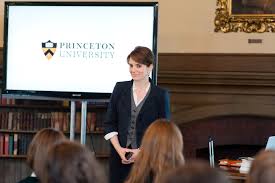 Guess how many shits I give about getting into Princeton? 0.

The only real issue I took with the plot, however minor it may be, is that it acts like getting into Princeton is the end-all determinant of success.  So much of the latter half of the movie revolves around will they let the kid in or not, which feels a bit like the adolescent version of The Oscars. If you win, good for you.  If not, not very many people will really give a crap in the long run if you’re good enough.  Plenty of amazing movies aren’t Best Picture winners (Saving Private Ryan, The Shawshank Redemption, Pulp Fiction) and plenty of amazingly successful people had nothing near an Ivy League education. 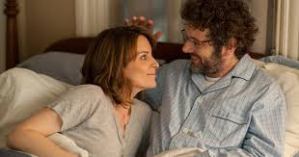 If you’re like me and you love Tina Fey, then Portia will probably be your favorite part of this movie.  Most of the issues I had with the character were writing-related, Ms. Fey’s presence prevented me from becoming too annoyed with her.  The biggest challenge here for Tina is that the role requires much more from the dramatic end than it does from Fey’s usual comedy wheelhouse.  She handles these moments well enough, but I never got the sort of spark from her serious moments that I have from her roles in straight-up comedies like Mean Girls or Baby Mama. 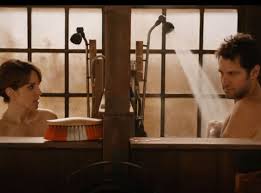 Paul Rudd has definitely had his own issues with sub-par roles in the past few years so I wasn’t quite as concerned with the potential damage this film could have to his reputation as I was with its potential damage to Fey’s.  Once again, I had a lot of issues with John from a writing standpoint but Rudd brings enough of his usual nice-guy charm to the role to keep things more or less afloat.

Aside from these two, however, the cast is pretty flat.  There are a few minor standouts, but nothing memorable.  I did like how Nat Wolff was able to mix dedication and off-beat motivation in Jeremy.  The fact that the entire plot hangs off of the assumption that he is a genuinely smart and 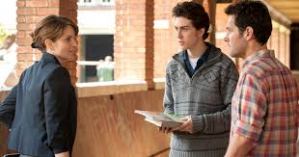 “My mind sort of goes on a walkabout”. This kid needs to go to Evergreen State

motivated kid who doesn’t look good on paper makes this mix essential, and luckily that’s one box Admission is able to check off.  I also really liked Travaris Spears as John’s adopted son Nelson, whose character is the only one I felt was supported by the screenplay rather than dragged down by it.  The contrast of Nelson’s desire to stay in one place with John’s inability to do just that lent to some of the most interesting conflicts of the movie.

Perhaps the best summation of my opinion of this movie comes from Rotten Tomatoes’ “Critical Consensus”.

“Admission has a pair of immensely likable leads in Tina Fey and Paul Rudd, but it wastes them on a contrived (and clumsily directed) screenplay.”

So many funny people, so little funny

I couldn’t agree more.  The entire time, I kept thinking to myself “These are funny people, why am I not laughing?”  The answer is that the movie just isn’t funny, especially when it tries to be.  Furthermore, the way it tries to mix in its comedic elements with the more serious aspects of the story are awkward and ineffective.  Probably the best example of this comes from Lily Tomlin’s character, who is intended as comic relief with a tender side but just comes across as an aloof, hyper-feminist ass.  My biggest problem with her character, however, wasn’t that she wasn’t very funny but that when she did make the transition to Heartfelt Revelation mode, the general message to her daughter is “it’s okay, I was a screw-up too and that’s how you came into existence!”

Also, the true measure of how bad the screenplay is comes in the fact that it made me dislike Michael Sheen.  That just shouldn’t happen.

+ As expected from the About a Boy Alum Weitz, the kids are pretty fun to watch

I'm a student at the University of Washington Majoring Business. I've always loved movies and my goal is to work on the financial side of the film industry. Until then though, I figure I'll spare my friends from my opinions and shout them from a digital mountaintop for anyone who's interested. After all, if a tree falls in a forest and nobody blogs about it, does it really happen?
View all posts by r361n4 →
This entry was posted in Comedy, Drama, New Releases, Reviews and tagged admission, admission (2013), admission movie, adopted son admission, corinne admission, Gloria Reuben admission, is there nudity in admission?, john pressman, lily tomlin, mansion in admission, michael sheen beard admission, nat wolff jeremiah admission, paul rudd admission, portia nathan, quest high school, Sex scene in admission, shower scene not in admission, tina fey admission, travaris spears nelson, Wallace Shawn Clarence admission, who plays the woolf scholar admission?. Bookmark the permalink.

13 Responses to Admission Review: One for the Waitlist